New Jersey’s Cornerstone Home Inspections conducts professional fireplace and chimney liner inspections. Does your current fireplace have any damage? Is there a chemical build-up that could cause problems? We’ll take a look and see– and then give you a report. Our inspector specifically looks for damaged mortar, shifting constructions, cracks, and creosote build-up. Cornerstone also offers chimney inspections. To schedule your inspection, give us a call today at 973-650-4151 to make an appointment.

The Importance of Fireplace and Chimney Inspections

Why is it important to have your fireplace and chimney inspected? What if your chimney has become clogged up with critters (like birds, bats or squirrels) or branches and leaves? An inspection will let you know it’s time to remove pests and obstructions for safety’s sake. Anytime there’s a blockage in the chimney, and you light a fire below, you could end up subjecting yourself and others to carbon monoxide poisoning– so it’s best to not let that happen.

Another major problem that could happen in chimney walls is the build-up of creosote. It’s a chemical compound that forms there when you burn wood. And it’s highly flammable. You don’t want the inside walls of your chimney having a creosote fire, right? Something like that could end up burning the whole house down. Creosote is tough to remove on your own– but an expert can clean it out using professional grade cleaners and equipment. Do you know if you have a creosote problem? An inspection will inform you!

If you’re like most people, you’re not the best at assessing what’s going on with your chimney system. If there’s hidden damage or structural problems, would you be able to identify those problems on your own? Not easily… That’s why it’s important to get your fireplace and chimney inspected. Problems can be fixed, and the system can be made more efficient. Things can be cleaned, too. For instance, having the chimney flue cleaned annually will help increase the lifespan of the flue liner. Annual maintenance and cleaning helps the chimney system last longer and function as intended.

Finally, it’s important to get your fireplace/chimney inspected because your homeowner’s insurance might actually require it– definitely check and see if that’s the case.

Things Found During A Chimney Inspection

What are some of the things found during a chimney inspection? Typically, excess creosote (the highly flammable chemical compound) is found inside chimney walls. And the other main thing? We find obstructions, which range from the build-up and accumulation of dirt to actual animals making their nest inside the chimney walls. Have we ever found a raccoon living inside someone’s chimney? Yes…and all sorts of other critters and creatures! Also, we sometimes find cracks and other structural issues. We’ll check to see if the chimney lining is in good shape… or not. Is the chimney flue damaged? How’s the brickwork holding up? Is the chimney cap/chase/crown working well, or does it need fixing/replacing? 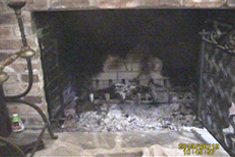 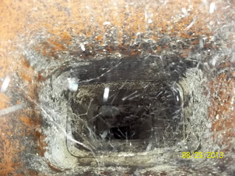 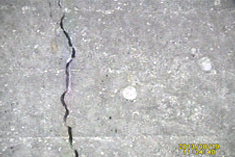 Pricing and Length of Chimney Inspections

It takes about 30 to 60 minutes for Cornerstone Home Inspections to inspect your fireplace and chimney.  Note: we do not include repair estimates– that is not our role. We are only an inspection company. Also, under certain circumstances flues might not allow for a camera system. IE. Small flue size, unsafe, sharp bends etc. During the inspection the inspector will try all means safely possible to photograph/inspect the flue. If for some reason additional flues cannot be entered, or are not requested to be inspected, additional fees will not be added.

When Should You Have Your Chimney Liner Inspected?

Why would you need one? Maybe your chimney has no clay tile chimney liner (older ones often don’t). Maybe the clay tile chimney liner is damaged. Or maybe you need a chimney liner installed because you’re installing a new heating unit that’ll be vented into your masonry chimney, and that liner’s needed for safety’s sake. Liners can be “heavy” (the thickest and strongest ones) or “light.” Depending on how often you use your chimney, and what for, your professional can recommend which one’s best. Chimney liners help guide combustion by-products away from the chimney itself. They help eliminate leaks. And they’ll improve your home’s energy efficiency.

Whether you need to a chimney and fire place inspection, the experts at Cornerstone Home are here to help. Call us at 973-650-4151 or fill out a contact form.